Dr. Clington MBBS D.Orth MRCS FRCS M.Ch orth
Now came a twist in Aug 1996. I went on a fortnight holiday to my home, but I was taken aback by a white patch on my Mom’s tongue. I knew that patch would lead to cancer. I withheld the truth not to panic them, but advised them to do a biopsy. I didn’t enquire any further, since I returned back from holidays.

Few months later, when my parents came up for my convocation, I found the precancerous white patch in her tongue had got worse and I knew certainly then, it was cancer.I managed to convince them for a biopsy, which confirmed it was Squamous cell carcinoma(Cancer).

It was a shock and after undergoing 5 weeks of radio therapy, 5 days a week, the cancer in itself had shown signs of no change or probably worse. The side effects of radiotherapy were awful.

Thinking back, it was the gloomiest part of my life. We never used to talk to each other, as we knew she is going to die. There were a lot of well wishers, not to blame them, who were insisting on my marriage before the inevitable. However I found myself awkward, whenever this conversation kept coming.

In May 1997, God sent one of my mom’s relative, as His messenger, with a suggestion to visit Divine Retreat Centre. It is a retreat place, where a week of prayers would happen, from sunday to friday. We took the advice and my parents went there. On a Saturday morning, my mom knocked at our door steps and I saw a lot of cheer in her face. She procalimed the good news of her miraculous healing on her retreat. I quizzed how and she replied 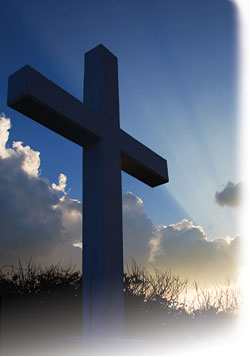 I was totally shocked that a miracle would ever happen in my house. And more so for me, miracles don’t happen anymore. I am a doctor, How could I believe this? I didn’t say a word, but my heart was saying, if it would be true, I would be the first person to be happy. However my mind said this cannot happen. I recalled the words by prophet Isaiah

“These people praise me on their lips, but their hearts are far away for me”

I set a time frame for myself, waiting and watching, what would happen now. I was surprised in June 1997 to witness the healing of her cancer. She was back to normal. This was proved medically too! I couldn’t believe. I couldn't hide the healing anymore. I kept her watching in disbelief, hoping it would come back.

A year later, we found her as good as before. Now I have to accept the truth. It is 13 years now and I rejoice in Lord to say that she is well in herself.